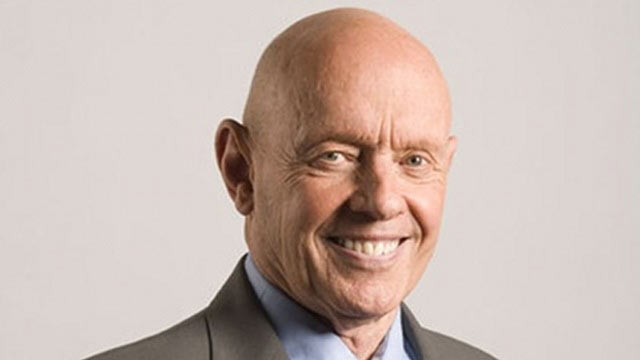 Stephen Richards Covey was an eminent American non-fiction author. He was a multitalented personality who was recognized for his work as a successful businessman, educator and an influential public speaker. He is credited for writing one of the most influential business books of twentieth century, titled The Seven Habits of Highly Effective People.

Covey was born on October 24, 1932, to Stephen Glenn Covey and Irene Louise Richards and grew up in Salt Lake City, Utah. His ancestors were involved in some of the major developments occurred in the American societies. Covey was an athletically inclined youth. However, he developed a hip disorder known as slipped capital femoral epiphysis in his adolescence, thus he had to redirect his attention toward academics. He became an eager participant in the school debates and graduated early from the high school. He then attended the University of Utah from where he obtained a Bachelor of Science degree in Business Administration. Covey aced his academic career as he was accepted at the Harvard University and earned an MBA degree. Afterwards, he diverted his attention from business studies to doctoral studies in religion. Since then he had been awarded ten honorary doctorates including Doctor of Religious Education (DRE) from Brigham Young University.

Upon completion of his studies, he began teaching at Brigham Young University. He got married and lived in Provo, Utah with his family. Inspired by his ancestors, Covey followed their footsteps and became a practicing member of The Church of Jesus Christ in England. In 1962, he joined the Irish Mission of the church as the first president. In fact, he penned several spiritual works while serving for English church. These works include Spiritual Roots of Human Relations (1970) and The Divine Center (1982).

It was not until late 1980’s that he started working on a self-help book of different nature. The Seven Habits of Highly Effective People appeared in 1989 and instantly became a huge success. It sold more than 25 million copies around the world. Covey opposes the ideology of “The Personality Ethic” in favor of “The Character Ethic” in his bestseller. He debunks the idea of conflation of principles and values. According to the author, principles are mere external natural theories while values are innately developed. These values are responsible for human behavior whereas principle for results. Covey put forward his theories in the form of a series of habits elucidating the steady progression moving from dependence toward independence and finally to interdependence.

In 2004, Covey launched the sequel to the 7 Habits, The 8th Habit: From Effectiveness to Greatness. He stressed on the quality of effectiveness that it is not essentially important in the current “The Knowledge Worker Age”. Also he enlisted “5 Cancerous Behaviors” that hinder people from achieving their goals. These behaviors include Criticism, Complaining, Comparing, Competing and Contending. In 2008, Covey’s The Leader in Me appeared. The book details the methods adopted by numerous families, schools, business leaders to prepare the next generation anticipating the challenges posed by 21st century.

Additionally, Covey established “Covey Leadership Center” to facilitate people and organization struggling to accomplish their goals. He also launched a career development webinar series and the Stephen Covey’s Online Community. Moreover, he won prestigious accolades including International Entrepreneur of the Year Award, Time Magazine’s 25 Most Influential Americans, International Man of Peace Award and Fatherhood Award. An unfortunate series of events transpired in 2012 as Stephen R. Convey had a tragic bicycling accident and died of severe injuries on 16th of July.