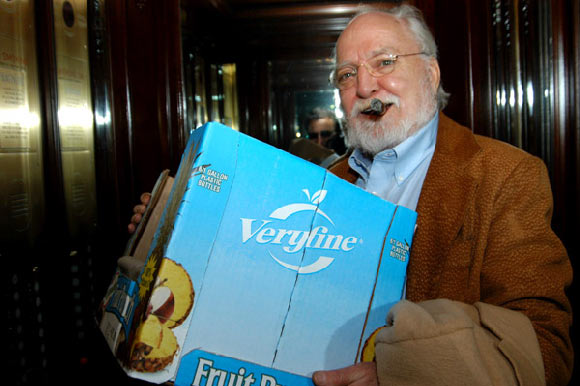 W. E. B. Griffin is a prolific American writer. He has penned a multitude of novels in crime and thriller genre and is famous for writing under thirteen different pen names.

Born on November 10, 1929, in New Jersey, he was given the name William Edmund Butterworth III at his birth. He grew up in Boston, New York City and Philadelphia. At the young age of sixteen he joined the United States Army in 1946 and received training in counterintelligence. He was drafted to Germany where he served in the Constabulary. To honor his exemplary services he was rewarded with the Army of Occupation Medal. Upon completion of his active duty military service, he began studying Political Science at Philipps-Universität Marburg in Germany. However, he could not complete his degree as he was drafted to Korea to serve in the Korean War as a combat correspondent. Later, he worked as a as a civilian information officer at Fort Rucker. It is during this time that he took up fiction writing.

Griffin’s debut novel was published in 1960 bearing the tile Comfort Me with Love. It was followed by Hot Seat (1959) and The Love-Go-Round (1960). At the success of these three novels, he handed in his resignation at Fort Rucker. He then moved to Fairhope, Ala in order to pursue career as a full-time writer. Griffin is credited for writing more than 130 works of fiction and non-fiction. He earned his reputation as a writer, producing crime novels and thrillers. Griffin’s time during military service played a pivotal role in adding up to his knowledge of internal workings of military organization and their politics. It also assisted him in creating suspenseful scenarios for the novels. It was his experience as a combatant, life at the fort and close acquaintance with military personnel that provided him basis for his books. In fact, numerous works he penned were in honor of fallen comrades to whom he dedicated the books.

The Brotherhood of War is one of Griffin’s successful novel series. It is set in the Second World War period through the Vietnam War and focuses on the United States Army. The series revolves around the four U.S. Army lieutenants during mid 20th century. There are total of nine books in the series and each one explores the evolution US Army and the experiences of these four lieutenants from 1940’s to 1960’s. Moreover, Griffin’s exposure to the German aristocratic lifestyle and German military stimulated his imagination into creating the character of Oberst Graf von Greiffenberg, who makes several appearances in the series.

In addition to war and crime novel writing, W. E. B. Griffin also wrote for young readers. In 1964, he published his first book targeted at the younger audience, titled The Wonders of Astronomy. He wrote most of the children’s book under the pseudonym of James McM. Douglas and Patrick J. Williams. Besides that many of his romance novels are published under the pen name, Eden Hughes and Allison Mitchell. Some of Griffin’s acclaimed works include Stop and Search (1969), Susan and Her Classic Convertible (1970), Next Stop, Earth (1978), Blood and Honor (1996) and The Hostage (2005). He has been honored for his contribution to popular fiction as he was awarded Alabama Author Award for LeRoy and the Old Man in 1982. Griffin is currently married to an Argentinean wife and still concentrating on crime fiction writing.