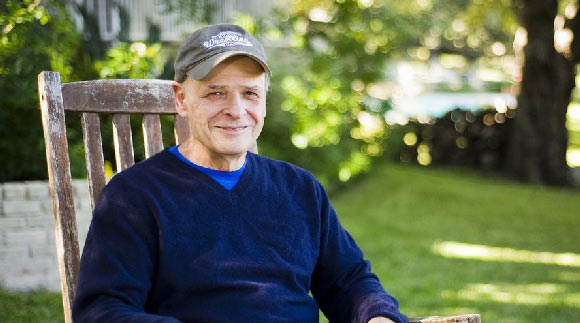 William Timothy O’Brien is a renowned American writer, famous for writing novels on Vietnam War. His chief works include The Things They Carried and Going After Cacciato.

Born on October 1, 1946 in Austin, Minnesota, O’Brien grew up in Worthington. Worthington played an instrumental role in shaping his imagination and developing his artistic sensibility. Moreover, the location also modeled for a number of stories in The Things They Carried. He attended Macalester College and earned his bachelor‘s degree in Political Science in 1968. In fact, he was elected for presidency of student body during college years. Although he was against war, he was conscripted into United States Army and sent to Vietnam where he served for two years. As soon as he returned from the military service he resumed his studies. He graduated from Harvard University and briefly interned as a reporter at the Washington Post.

Subsequently, he started off his writing career in 1973. His war experience inspired his first publication, titled If I Die in a Combat Zone, Box Me Up and Ship Me Home. His memoir incandescently reflects depression and misery wreaked on soldiers by Vietnam War. In fact his literary work, The Things They Carried (1990), is a blend of memoir and fictional stories. He employed the philosophical concept of Verisimilitude in his works, which blurs between two realms; fact and fiction. His incorporation of metaphysical approach attributed a rich quality to his writing style. In one of the chapters of The Things They Carried, O’Brien discussed and drew out two kinds of truths; “story-truth” and “happening-truth”. According to him, sometimes the fictional truth is more realistic than factual one. It is because of the fact that fictional truth appeals to the emotion and feelings which makes the literature more meaningful.

Beside his memoir, O’Brien wrote a number of novels based on his war experience. He earned the 1979 National Book Award for his works, Northern Lights (1975) and Going After Cacciato (1978). He was highly influenced by the works of Joseph Conrad. He adapted Conrad’s concept of human capacity for good and evil in his works. Also O’Brien was a proponent of timeless subject matter and its thematic scope. He believed in the idea that the literary works must not only focus on the current affair but foresee what future holds for humanity. Moreover, his works reflect influence of William Faulkner and Ernest Hemingway.

His personal account of war blending fact and fiction is often compared to other war writers such as, Michael Herr. In fact this writing approach inspired eminent figures like Truman Capote, Norman Mailer and Tom Wolfe. Critics have produced host of essays focusing on O’Brien’s writing techniques and structural significance of his work. However, the key elements of his work are its characterization and the gripping emotional subject matter. Owing to these characteristics his literary works are considered to have made a monumental impact on his readers.

Tim O’Brien’s other major contributions include The Nuclear Age (1985), In the Lake of the Woods (1994), Tomcat in Love (1998) and July, July (2000). He has won numerous prestigious awards. The James Fenimore Cooper Prize for Best Historical Fiction was awarded to him for In the Lake of the Woods. Recently, he received $100,000 with the Pritzker Military Library Literature Award. Currently, he teaches at the Texas State University–San Marcos.