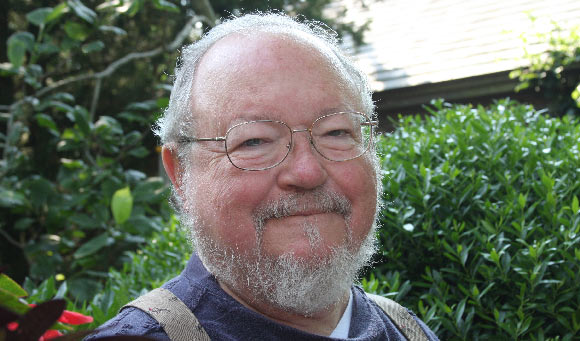 Thomas Harris is an established American contemporary fiction writer. He is best known for creating one of the most notorious anti-hero in the American literature, Dr. Hannibal Lecter.

Harris was born on April 11, 1940, in Jackson, Tennessee, but grew up in Rich, Mississippi as his family moved there. As a child he was introverted and spent most of his time reading. However, in high school he had grown out of the recluse phase. He studied at the same school his mother taught at, Clarksdale High School. His mother claimed that he was an avid reader and writer. He was highly inspired by Hemingway’s work. After graduating from high school, Harris opted for majors in English from Baylor University in Waco and earned his degree in 1964. He served as a reporter for a local newspaper, the Waco Tribune-Herald. His job was to cover the police beat. However, he found the work dull and unappealing. He penned a number of gothic stories for magazines, such as Argosy and True.

Shortly, Harris got married to Harriet and had a daughter. However, things fell apart and they got divorced in 1960’s. After graduation he spent some time in Europe. Later he moved to New York City and began his writing career following crime beat in U. S and Mexico as a reporter and editor. He provided his services for the Associated Press. Being a crime reporter provided him with unique insight in the mind of criminals and their malevolent world. This new perspective of things facilitated him when he began working on his first novel.

The Black Sunday marks as Harris’ debut novel published in 1975. The plot line involves a major terrorist attack at the Super Bowl. Although, the book has an absorbing storyline, suspense and psychological factor, it still borders on the stereotypical thrillers on the subject matter of terrorism. Critics are of the view that Harris tried to exploit the genre and Israel-Palestine conflict by blaming Arabs as the terrorist group in his novel. Nonetheless, the novel became a bestseller and was adapted into a film.

Thomas Harris has a fetish for research. Consequently, his next work of fiction did not appear until 1981. His second novel Red Dragon denotes a different era of anti-heroes in literature as he created his own version of Frankenstein’s monster, named Dr. Hannibal Lecter. Hannibal is an exceptional psychiatrist with a downside of being a psychopathic serial killer. The story revolves around Will Graham, an adroit criminal profiler who once caught Hannibal but after getting nearly killed, takes an early retirement.  He has been approached by FBI agent, Jack Crawford, to help them catch a serial killer nicknamed “The Tooth Fairy”. The killer targets random families and in order to stop him before he strikes again Graham consult’s with the expert on the subject himself, Hannibal.

The instant success of the first book paved way for sequels in Hannibal series. The second novel was published in 1988, entitled The Silence of the Lambs. In this book FBI Special Agent Clarice Starling is introduced, who conducts a study on Hannibal Lecter on Jack Crawford’s request, though his real intention was to seek help on another case. The book earned huge praise and many accolades. In 1991, it had been adapted into a major motion picture starring Anthony Hopkins as Dr. Lecter. The movie turned out to be a blockbuster attaining several Academy Awards. Other books in the series include Hannibal (1999) and Hannibal Rising (2006). Recently Harris has written screenplay for Hannibal (2013) TV series that again succeeded to garner positive reviews.