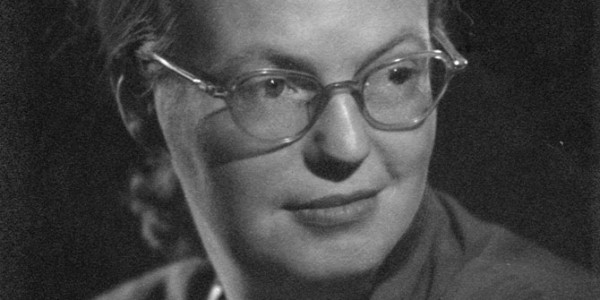 Shirley Jackson was a popular American novelist and short story writer of twentieth century, known for her forte in mystery and horror fiction. Supernatural, sinister and mysterious elements played significant role in her works. Her notable works include the short story The Lottery and the novel The Haunting of Hill House.

On paper, Shirley Hardie Jackson was born on December 1916 but falsely claimed to have been born in 1919 so as to appear younger than her husband. She grew up in San Francisco, California where her family lived in a middle-class suburban area. Since a very early age Jackson developed an avid reading habit and in her adolescence she began writing stories and poetry. Subsequently, her family moved to New York, where studied at Brighton High School. She attained a diploma which was followed by her enrollment at the University of Rochester. She left the college a year after and vigorously practiced writing in her spare time.

In 1937, she attended Syracuse University from where she earned her bachelor’s degree. Moreover, studying at Syracuse Jackson contributed to the college literary magazine. She was appointed the editor for fiction section after it published her short story “Janice.” In fact, it was her involvement with the magazine through which she met her future husband and literary critic, Stanley Edgar Hyman. Later they founded their own literary magazine, Spectre. Upon graduation, they moved to Greenwich Village, in 1940, where they worked a number of odd jobs to support themselves. Jackson still continued to pursue her passion for writing. Her stories appeared in several magazines including The New Republic and The New Yorker. Best American Short Stories chose her short story, “Come Dance With Me in Ireland”, in 1940.

After marriage, Jackson relocated to Vermont with her husband, following his appointment at the Bennington College as a teacher. While running household and raising children, she published her debut novel, entitled The Road Through The Wall. In 1948, the same year as the publication of her first novel, her iconic short story, “The Lottery”, appeared in The New Yorker. The readers’ response was highly negative which they manifested through considerable amount of hate-mail. The story has now been included in the literary canon and is a required study in an English fiction course taught worldwide. It is one of the monumental short fictional works of the twentieth century. Subsequent to relocating to Connecticut, Jackson published her short story collection, The Lottery, or The Adventures of James Harris.

Two of Jackson’s literary works, Hangsaman (1951) and “The Missing Girl”, were based on a single real life incident that occurred on December 1, 1946. A sophomore, Paula Jean Welden, of Bennington College disappeared from Glastenbury Mountain near the place Jackson’s family previously resided. The case remained unsolved which Jackson adapted in her literary work. In 1959, one of the foremost works in the American horror fiction, The Haunting of Hill House, was published. It is considered the quintessence of gothic horror fiction, possessing all the features of the frightening haunted house tale. She received the Edgar Allan Poe Award for “Louisa, Please,” in 1961, followed by the inclusion of her bestselling work, We Have Always Lived in the Castle, in Time Magazine’s Ten Best Novels’ list. Majority of her work was later adapted for the silver screen for its dark, mysterious and haunting content. She is an inspiration for some of the major contemporary horror fiction writers including Richard Matheson, Stephen King and Neil Gaiman. At the age of 48, Shirley Jackson died in her sleep in 1965.