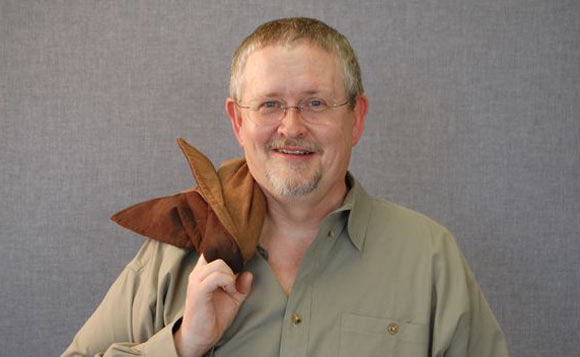 Orson Scott Card is a contemporary American fiction writer. Additionally, he is a public speaker, columnist, essayist and a critic. He writes in a number of genres but his forte remains science fiction. He is credited for writing one of the epic sci-fi novels of the generation, Ender’s Game (1985).

Born on August 24, 1951, in Richland, Washington, Card was named after his grandfather. He is the descendent of Charles Ora Card, the founder of a Mormon colony in Cardston, Canada. When he was an infant his family moved to San Mateo, California and then to Salt Lake City as his father had to finish his graduation course following a back injury. Subsequently, they settled in Santa Clara, California. Since a very early age, Card was an avid reader, who used to visit both children’s and adult’s books section in libraries. It is here he found out about the fascinating new science fiction genre. In fact, he had an eccentric taste in books given his age.

The American history appealed him as he began to read novels and soon he started reading non-fiction works, such as Bruce Catton’s The Army of the Potomac. As he grew, his scope of reading widened and he devoured books on all kind of subjects, including Mormon prophets, archaeology, the Holocaust and histories of medicine. During his high school years, he discovered the philosophical works by great Greek and Roman philosophers like Plato, Aristotle, Plutarch, Euclid and so on. It is through his learning of the philosophies that inspired his writings throughout his professional career.

Card attended Brigham Young High School, when his family moved to Orem, Utah. He was then enrolled at Brigham Young University (BYU), where he opted for archaeology but later switched his major to theatre for which he began to write. However, before earning his graduation degree he volunteered his services as a Mormon missionary in Brazil. During his time in Brazil he grew deeply enamored of their culture and the several cities he served at became model for the setting of his novels. Upon his return to Orem, he started a theater company but as it fell into debt he shut it down.

Subsequently, he pursued his passion for science fiction writing and soon the short story “Ender’s Game” appeared while he worked at BYU press. He later adapted the short story into a novel of the same title. The copyrights for the novel were bought by Ben Bova at Analog Science Fiction and Fact and published in 1977. He also worked shortly for the LDS Church magazine, The Ensign. Following his post-graduation and doctorate, he resumed as a freelance writer and produced the sequel to Ender’s Game, Speaker for the Dead. Both his books were awarded the Hugo Award and the Nebula Award in consecutive years, rendering him the first sci-fi author to win both prestigious accolades. Card continued the series with Xenocide, Ender’s Shadow, Children of the Mind and so on.

Besides science fiction, Card has also produced works in other genres, such as horror, mystery etc. The horror novels include titles; Lost Boys and Treasure Box. Moreover, he adapted the film version of James Cameron’s The Abyss and Marvel’s comic book Ultimate Iron Man into novel form. He also penned down the The Women of Genesis series centered on principle women in the Bible. In 2008, he was awarded the ALA Margaret Edwards Award for his contribution to children’s literature.