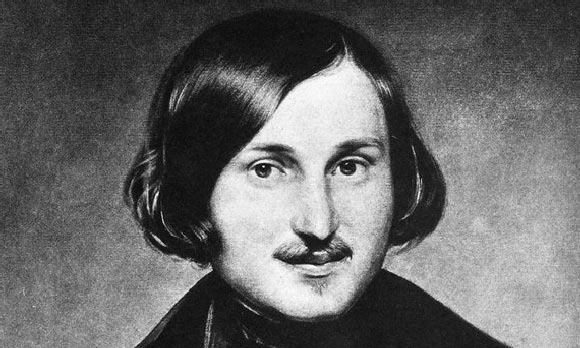 Nikolai Vasilievich Gogol was a Ukrainian-born Russian writer. He contributed to Russian literature through his magnificently crafted dramas, novels and short stories. He was one of the major proponents of the natural school of Russian literary realism. His notable works include Evenings on a Farm Near Dikanka, The Government Inspector and “The Portrait”.

Born on March 31, 1809 in Sorochyntsi, Poltava Governorate, Ukraine, Gogol was raised by a Polish mother and an amateur Ukrainian playwright and poet father. His family spoke both Russian and Ukrainian. From a very young age Gogol developed a keen interest in Ukrainian-language plays and helped his uncle stage them. His father died when he was fifteen.  During 1820’s, Gogol received education from higher art school in Nizhyn. It is here that he learned the art of writing and practiced his skills. He became an outcast in his class and his fellow students called him a “mysterious dwarf”. Such incidents engendered a situation for him to embrace his dark side secretly.

Upon completion of his studies, Gogol moved to St. Petersburg to join civil service. His lack of wealth and social connections made him realize that in order to attain a respectable job he would have to work hard. He had already penned a Romantic poem on German idyllic life, titled Hans Küchelgarten. He published it at his own expense, under the pseudonym V. Alov. As he met rejection and ridicule of the publishing magazine he destroyed all the copies of his poem in utter dejection. Later, he embezzled his mother’s money on a trip to Germany but eventually returned and became an underpaid government employee.

However, he became a preeminent figure in short story writing as he occasionally wrote for a periodical. The young storyteller achieved overnight success. He was endowed with great respect by twentieth century literary giants like Alexander Pushkin and Vasily Zhukovsky for his contributions. In 1834, he was offered position of a senior professor of medieval history at St. Petersburg University. Feeling ill-equipped for the job, he left after teaching a year long.

Gogol’s first collection of Ukrainian stories, Evenings on a Farm Near Dikanka, was published in 1931. It was followed by a number of volumes, one of them entitled Mirgorod. The subject matter of his stories varies sometimes from devils and witches to idyllic village life. His miscellaneous prose was published in a volume, titled Arabesques. The critics applauded his work for having a distinct Ukrainian voice. Gogol’s literary work highlighted the supposed difference between Ukrainian and Russian social aspects. His early prose was inspired by contemporary writers, such as Vasily Narezhny and Hryhory Kvitka-Osnovyanenko. Still his work had a distinctive quality that is his use of unconventional and sophisticated satire. Moreover, the colloquial nature of the prose became a breath of fresh air in Russian literature.

The second volume, Arabesques brings out the realism as it shows a romantic’s struggle to expose the evil and duplicity of the world that he can neither embrace nor evade. Gogol’s highly acclaimed satirical play, The Government Inspector, is a comedy of errors. It draws attention to politically corrupt Imperial Russia by underlining human attributes, like greed and foolishness. Gogol is held in esteemed regard for constructing original work that avoids clichéd sympathetic characters and love interest. Another of one of his play, Dead Souls, lampoonsthe double-standards of Imperial Russia. Afterwards, his creative genius took a sudden nosedive and eventually deserted him. He died on 4th of March, 1852 after burning up some of his manuscript and refusing to eat food.