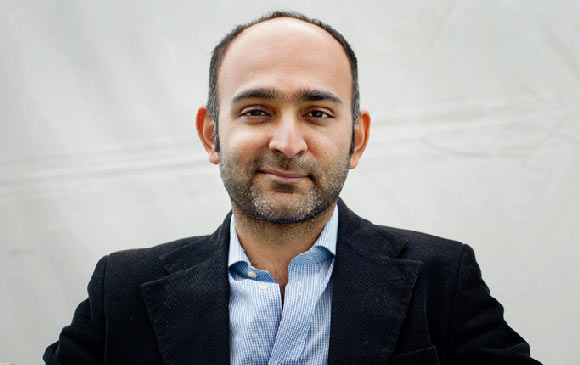 There are a very few writers who are accredited for revolutionizing contemporary Pakistani Literature and have it recognized around the world. One such prominent figure is Mohsin Hamid. He is a Pakistani novelist known for his ingeniously crafted literary works, such as The Reluctant Fundamentalist, How to Get Filthy Rich in Rising Asia and Moth Smoke.

Born in 1971 in Lahore, Pakistan, Hamid spent much of his childhood in the United States as his father was a professor and was pursuing a PhD at Stanford University. His family later returned to Pakistan and he received his early education from Lahore American School. At the age of 18, he moved back to the United States to pursue higher studies. He attended Princeton University and graduated in 1993 with highest honor, summa cum laude. Hamid was mentored by contemporary literary giants like Joyce Carol Oates and Toni Morrison. Under their supervision, he developed a passion for writing. Morrison began a fiction workshop for which Hamid began writing draft for his first novel. Upon completion of his graduation, he came back to Pakistan and continued to work on the novel.

Afterwards, he went on to attend Harvard Law School and graduated in 1997. In order to pay his student loans, he began working for McKinsey & Company in New York as a management consultant. During his time there, he took a few months vacation and completed his first novel. Subsequently, he moved to London in 2001. At first he intended to stay there for a year but he continued to live there for another eight years while flying back and forth to Pakistan every once in a while. Eventually, he obtained a dual citizenship of United Kingdom. As he got married and had a daughter his urge for travelling increased. Since then, he has divided his time between Lahore, London, New York, Greece and Italy.

His first novel Moth Smoke, was published in year 2000. It is set in Lahore and follows the story of a drug-addict ex-banker who falls with his friend’s wife. The novel has an innovative structure that successfully experiments with the narrative techniques. It employs narration from multiple perspectives. Besides its structure, the content of the novel hold a larger meaning as it touches upon the trivial issues and magnifies their importance. It instantly became a cult hit in South Asia and was selected as the finalist for the PEN/Hemingway Award.

Published in 2007, The Reluctant Fundamentalist was Hamid’s second novel. It focuses on post 9/11 America and how the tragic event adversely affected the situation of a Pakistani living in United States. The novels charts the life of a successful Pakistani living an American dream but his unrequited love and terrorist attacks render him to return to his homeland in a hopeless state. The novel incorporates an innovative literary device of dramatic monologue which shows the protagonist addressing a silent character throughout the novel. The book instantly became the New York Times Best-Seller earning the fourth spot on the list. It was shortlisted for the Man Booker Prize and had been awarded several prestigious accolades including the Anisfield-Wolf Book Award and the Asian American Literary Award.

He has recently published another highly acclaimed work of fiction, How to Get Filthy Rich in Rising Asia. Additionally, Mohsin Hamid has contributed on multitude of subjects, such as politics, art, literature and travel, in the form of articles. His works have been translated into 25 languages and millions of their copies sold worldwide.