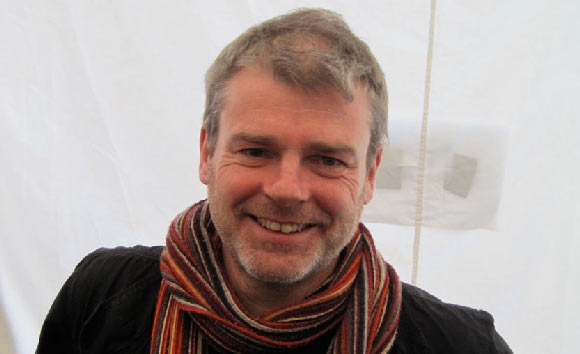 Mark Haddon is a recognized name in the contemporary English literature. His talent not only involves novel writing but extends to poetry writing, illustration and abstract painting. His major contribution to literature includes an adult novel, The Curious Incident of the Dog in the Night-Time.

Born on September 26, 1962, in Northampton, England, Mark Haddon was raised by an architect. He received his early education from Uppingham School and then went on to major in English Literature at the Merton College, Oxford. Upon completion of his studies, he became a caretaker for disabled people in Scotland. His experience of taking care of patients with multiple sclerosis and autism would later influence his literary writing. In addition to that, he did a variety of jobs, including at a theater box office, mailing office and as a cartoonist and illustrator. His works were illustrated in numerous periodicals and in a cartoon strip, “Men—A User’s Guide”.

Subsequently, Haddon relocated to Boston, Massachusetts and stayed there with his wife. A year later they moved back to England where he took up his passion for abstract painting and sold his art. Afterwards, he began writing as a children’s author. Before producing any major work, he illustrated children’s books and wrote for popular television shows for kids. He published his first children’s book, titled Gilbert’s Gobstopper, in 1987. It was followed by several books which he self-illustrated.

In 1993, Haddon wrote the first book in his famous comical children’s book series, Agent Z Meets the Masked Crusader. The Agent Z series is set in the present day fictional city of Britain. Agent Z is not an actual character in the series but secret identity adopted by three schoolboys when they play pranks on unsuspecting and bored people. Ben, Barney and Jenks call themselves Crane Grove Crew and their mission is to fight boredom by unleashing Agent Z. The comical series contains four books and one of the titles, Agent Z and the Penguin from Mars, has been adapted into Children’s BBC sitcom, in 1996.

Haddon wrote his first adult mystery, entitled The Curious Incident of the Dog in the Night-Time, published in 2003. It is titled after a quote from Arthur Conan Doyle’s Sherlock Holmes story, “Silver Blaze”. The story is narrated from the first-person perspective of a 15-year-old Christopher John Francis Boone. He suffers from high-functioning autism, something Haddon had witnessed first-hand while caretaking patients. According to the author, the focus of the book is not the Asperger’s syndrome itself but the difference it creates in the sufferer’s life. The novel alludes to the refreshing outlook of a person with this syndrome and how their every experience has a surprising and revealing quality. Haddon’s second adult novel, A Spot of Bother, appeared in 2006.

Additionally, he wrote screenplay for Raymond Briggs’s story Fungus the Bogeyman, which aired on BBC in 2004. Three years later, he penned the drama Coming Down the Mountain for the same channel. His other contributions to television shows for children include Microsoap and Starstreet. In 2005, he published a poetry collection, entitled The Talking Horse and the Sad Girl and the Village Under the Sea. Mark Haddon has been awarded several prestigious awards over the years in honor of his contribution to literature. These accolades include the Whitbread Book Awards for Best Novel, the Commonwealth Writers Prize and the Guardian Children’s Fiction Prize.