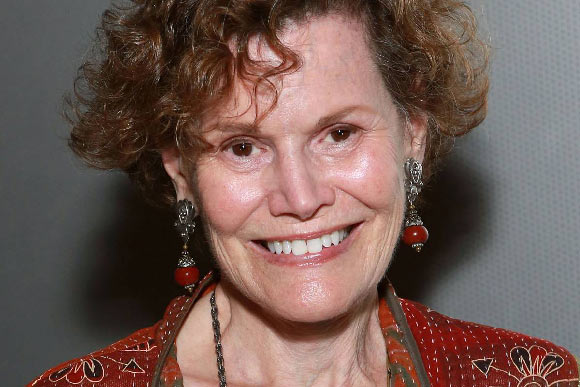 Judy Blume is a contemporary American young adult novel writer. Most of her novels are focused on sensitive teenage issues and often the subject matter of her novels attracts a lot of controversies.

Judith Blume was born on February 12, 1938 and grew up in a Jewish family in Elizabeth, New Jersey. She is a daughter of a dentist, Ralph Sussman and a homemaker mother, Esther. The monotony of her suburban life made her find an outlet in writing stories. Blume received her early education from Battin High School and graduated in 1956.While studying at Boston University she had to take a temporary leave after being diagnosed with mononucleosis. Later she earned her graduation degree in teaching from New York University in 1961.

It was not until Blume got married and her children began their school that she started off her writing career. In 1969 she finally made her debut with a children’s book The One in the Middle Is the Green Kangaroo. It is a story about a middle child forgotten among his older and younger siblings. He feels left out but eventually gets noticed as he is given a role as a green kangaroo in a school play. In the following years, Blume wrote prolifically and produced over 13 books. One of her renowned works, Are You There God? It’s Me, Margaret, was published 1970. It is about a sixth grader, Margaret, whose parents follow different religions; Christianity and Judaism. Thus, she could not develop any religious affiliation as a child but now it becomes important for her to adapt a single religion in her life. The book also addresses some of the regular and sensitive pre-teen issues. Her other young adults books include, Tales of a Fourth Grade Nothing (1972), Otherwise Known as Sheila the Great (1972) and Blubber.

Subsequent to working on general children and teenage problems in her novels, Blume steered the course of her writing toward more serious subject matter like adult reality and the concept of death. In 1978, she published a novel Wifey targeting adult audience. The novel addresses the adult issue of extramarital affairs and open marriages. It is about a housewife in hope of revitalizing her life decided to reignite her relationship with her former boyfriend but gets troubled after discovering about her husband’s long-term affair. The novel instantly climbed up to the top of The New York Times best-seller list. Over four million copies of the book have been sold worldwide over the decades. Her third novel for adults Summer Sisters was severely criticized by the critics for its scandalous content and also for introducing homosexual themes.

Blume has been awarded over ninety literary awards. She won ALA Margaret A. Edwards Award for her contribution to young adult literature. She was included among the Living Legends in the Writer category by the Library of Congress in 2000 for her distinguished work for cultural heritage. He has received three lifetime achievement awards. Her novel Tiger Eyes (1981) was adapted into a major motion picture by her own son Lawrence Blume. The film was released in 2012 starring Willa Holland and Amy Jo Johnson. Judy Blume’s other notable works include It’s Not the End of the World, Forever, Just As Long As We’re Together and Then Again, Maybe I Won’t. Recently she was diagnosed with breast cancer and undergoing a treatment.