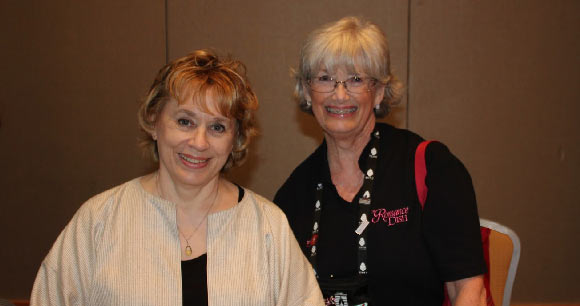 Jude Deveraux is an established American author, recognized for her contemporary and historical romance novels. She and her works are highly acclaimed by the New York Times with over 60 million copies of her works sold and translated in 18 different languages.

Born on September 20, 1947, she grew up in her hometown Fairdale, Kentucky. She was born as Jude Gilliam but later adopted Jude Deveraux as her pen name. She received higher education from Murray State University with a degree in arts. She got married in 1976 but had a divorce few years later. She studied teaching at the University of New Mexico and put her studies to use by teaching elementary classes in Santa Fe, New Mexico.

She began her serious writing career in 1976. Her debut novel, The Enchanted Land, was published under her pen name in 1977. Although she had no prior intention of writing professionally, the warm reception of her first novel made her quit teaching in order to pursue writing full-time. According to her, she writes because she is not afraid to share her imaginative universe with her readers. She is passionate about creating different shades of characters and lets them develop as the plot progresses.

Deveraux’s audience highly admired the characters she sketched in her Velvet series. Published in 1991, the series comprises four novels set in medieval England. The heroines in her novels are strong-willed determined and fully devoted to their families. The Velvet series is now a part of The Montgomery/Taggert Family saga comprising twenty-six novels. Her next series, James River trilogy, set in the post the Revolutionary War period, failed to receive positive reviews from the audience. However, she made a fiery comeback with her historical fictions Twin of Fire and Twin of Ice. The books were set in nineteenth century American western frontier. Her other historical works include, The Black Lyon (1980), The Raider (1987), Mountain Laurel (1990) and Change of Heart (1994).

Subsequently, she diverted her attention from historical novels briefly and focused on contemporary romance. In 1999, she published High Tide a romantic suspense from The Montgomery Family saga with a hint of mystery. The protagonist Fiona Burkenhalter is set up to become a prime suspect in a murder case. Ace Montgomery proves to be the only person who trusts her and could exonerate her from murder charges by catching the real killer. Deveraux continued to write modern romance as she published her popular works Secrets (2008), Mulberry Tree (2003), The Summerhouse (2001) and A Knight in Shining Armor (1989). She has recently published a modern novel, Scarlet Nights (2010), in the Edilean series. The series is based on the resident of the town and their extraordinary adventures.

According to the author, success is important to her because it encourages her to write more influential and awe-inspiring stories for her readers. She has prolifically produced over 55 novels in her 35 years of successful writing career and among which 36 novels appeared in The New York Times Best Seller list. These bestsellers include Days of Gold and Lavender Morning. She is also one of few writers who produced work for a company named Vook, which combines the two genres of literary text and videos.