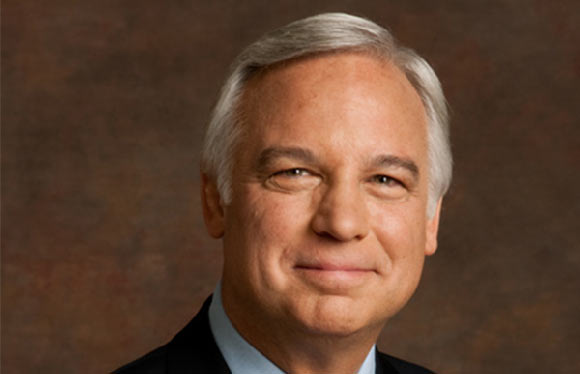 Jack Canfield is a renowned American self-help books writer and a motivational speaker. He is best known for his self-help book series by the title Chicken Soup for the Soul.

Canfield studied at a high school at Linsly Military Institute in Wheeling. In 1966 he graduated in Chinese History from Harvard University and then in 1973 he earned Masters of Education from University of Massachusetts, Amherst. He worked a number of jobs before starting off his writing career. He worked as a psychotherapist, a workshop facilitator and a teacher. He is disciple of the Law of Attraction and the theories proposed in the film The Secret. He is an avid tennis player, skier, guitarist, runner and a reader. In 1978 he tied the knot with Georgia Lee Noble but later divorced and married Inga Marie Mahoney in 1999. His son Oran Canfield published his memoir, Long Past Stopping: A Memoir, in which he claimed to have a troubled childhood owing to his negligent father.

It began with an idea Canfield had in 1990 that he shared with Mark Victor Hansen to collect stories for a self-help book. Later this idea turned into a phenomenal series entitled, Chicken Soup for the Soul. In the span of three years they compiled sixty-eight stories. They were true inspirational stories about ordinary people. Most of these stories they had collected were from the group of people they gave motivational talks to. The first book was rejected by a major publisher but later accepted by a minor one. The instant success of the book had them write sequels. Subsequently those sequels had a specific target audience. For instance, Chicken Soup for the Teenage Soul comprises stories related to young adults and their persisting problems.

In Santa Barbara, Canfield initiated Self Esteem Seminars and in Culver City, California, The Foundation for Self Esteem. He established a training center Canfield Training Group. Moreover, he founded the Transformational Leadership Council, which was consisted of a panel of well-known authors, public speakers and leaders who were there to assist and motivate people. His seminars people on peak performance like Break Through to Success and he also coaches the amateur speakers on how to go about giving motivational talks in public.

In addition to motivational speaking councils and self-help books writing, Canfield made an appearance in a film The Secret which explored many theories in relation to individual success. The book version of the film by Rhonda Byrne introduced his theory on Law of Attraction. According to this theory “like attracts like” thus the kind of energy people emit they attract the same. Canfield adapts this principle in his own theory that can help people attain success in their personal and professional life. Furthermore, he made several media appearances on shows, such as NBC Nightly News and Good Morning America.

Besides motivational speaking, he has also published The Success Principles in 2005. The book features sixty-four principles that guarantee success in respective fields. He collaborated with Kent Healy in 2008 to produce its sequel The Success Principles for Teens. Some of his other works include, About Me: A Curriculum for a Developing Self (1971), Self-Esteem in the Classroom: A Curriculum Guide (1986) and Tapping Into Ultimate Success (2012). Jack Canfield has earned many prestigious awards including, American Booksellers Book of the Year (1995), Storytelling World award (1996) and Oprah’s Angel Network Award (1999).