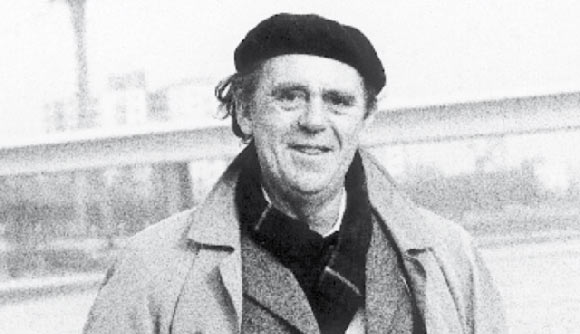 Heinrich Theodor Böll was one of the prominent German post World War II author. He earned the prestigious accolades Georg Büchner Prize and the Nobel Prize for Literature in honor of his literary contribution.

Born on December 21, 1917 in Cologne, Germany, Böll grew up in a Catholic, pacifist family. During the period of rise of Nazi, his family was opposed them. Böll served his apprenticeship to a bookseller, refusing to join the Hitler Youth. Then he attended the University of Cologne to study German. Later he was drafted into the Wehrmacht. During his military services he was posted to the Soviet Union, Hungary and France. In 1945, he was captured by Americans and sent to a prisoner-of-war camp.

Subsequently, he returned to Cologne and enrolled himself in University of Cologne again so as to attain a ration card. As his wife supported the family working as a school teacher, he started off his writing career at the age of 30. His early works include short stories published in 1947. These stories were collected in Wanderer, kommst du nach Spa (Traveller, If You Come to Spa). Afterwards, he penned novels illustrating the war experience. He published, Der Zug war pünktlich (The Train Was on Time), in 1949 in which he depicted the depression and destruction wrecked on soldiers’ lives by war. His second novel, titled Wo warst du Adam? (Adam, Where Art Thou?), was of the same nature.

Besides writing about his war experience he also focused on realism in his works. Das Brot der frühen Jahre (The Bread of Our Early Years) is one of the examples in which the life of a mechanic is depicted to enhance the idea of apprehension caused by reality. Another novel, entitled Billard um halb zehn (1959; Billiards at Half-Past Nine), reflects on the same issue and is considered to be the most sophisticated work of fiction for its structure and incorporation of monologues and shift in time continuum. In Ansichten eines Clowns (The Clown), the author charted the life of a successful entertainer in a lucrative field as he falls from glorified lifestyle to vagrancy.

In 1971, Heinrich Böll wrote a lengthy novel, titled Gruppenbild mit Dame (Group Portrait with Lady), that features a panoramic view of German society spanning the world war period to 1970s. The picture he presented of German life was based on the account of other people who suffered during that time period. One of his works, Die verlorene Ehre der Katharina Blum (The Lost Honour of Katharina Blum), targeted the deteriorating journalistic ethic which transformed trivial matters into propaganda.

Böll belonged to the generation of writers who were haunted by the memories of World War II and the rise of Nazism. They were stricken with the guilt of the Holocaust which they tried to portray in their works. For his representation of the negative aspects of capitalism, Böll earned popularity particularly in Eastern Europe. One of the recurring themes explored in his works is the decision of accepting or refusing responsibility for individual actions. His ironic novels portray the travails of life in post-war Germany and signify the end of an era. Heinrich Böll works has been translated into more than thirty languages. Some of his notable contributions include And Never Said a Word, The Safety Net and Group Portrait with Lady. He died at the age of 67 in 1985.