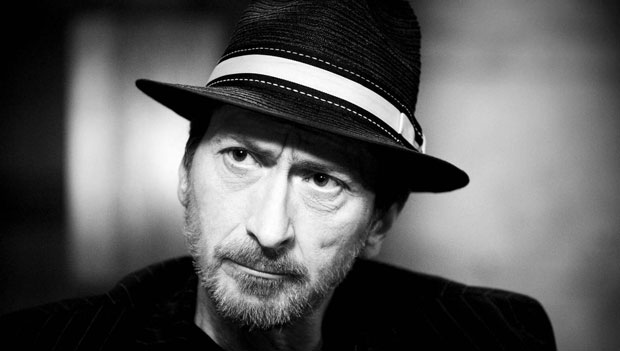 Frank Miller a renowned name in the comic world was born on 27th of January 1957. He is recognized as an American artist, author and a film director. He has a huge fan following for drawing and penciling wide range of comic books and graphic novels.

Born in Olney, Maryland to an Irish Catholic family, he developed keen interest in comic books at an early age and gradually grew fond of graphic & detective novels and movies. Alfred Hitchcock, Wallace Wood and Jack Kirby’s work remained highly influential for him. Miller made his artwork debut in 1978, in The Twilight Zone comic book anthology based on the television series. He was not credited for his first gig as an artist, though it did provide him with the prospects of being hired by established comic book publishers. Working briefly with Western Publishing, Miller headed to DC Comics. He produced artwork and stories for Weird War Tales. And for the first time he featured the legendary comic book character Batman in an anthology of Christmas stories.

Afterwards, Miller received an offer from Marvel Comic and accepted as a cover and fill-in artist. Miller once filled-in for Spectacular Spider-Man in which he took the liking to the supporting character Daredevil. He got the permission from Editor-in-Chief, Jim Shooter, to feature Daredevil as a lead superhero in the next comic book. Miller finally had the break he was looking for in 1980s, as he worked on this comic book series which became an instant success. Daredevil was now upgraded to monthly issue instead of bi-monthly. Gradually the theme and storyline of Daredevil became darker and grim.

Miller was given the opportunity to work as both writer and penciling artist in 1981. In that issue he featured another character of a hired-assassin Elektra in the Daredevil. Later he produced a separate Elektra comic book following the success of the character. The Daredevil series finally came to a halt in 1983 as he directed his attention to a miniseries Wolverine. The next project in line was Ronin famous for introducing Miller’s creative artwork and storyline.

Subsequently, Miller relocated in Los Angeles as he left Marvel Comics to work for DC Comics again. 1986 is marked as thriving year for comics as Miller reintroduced the Batman character in a four-issue miniseries The Dark Knight Returns. The comic revived Batman’s character, who is now darker and older, returns to save the Gotham city again from the evil forces. The Dark Knight Returns is one of the highest grossing and bestselling comic series to date.

In 1990s, he worked on several other projects for different comic book publishers like Dark Horse Comics and Epic Comics. While working for Epic Comics he revived Elektra’s character in the form of graphic novel which featured a new kind of drawing style. In the coming years Miller also made his debut scriptwriting for movies. He wrote scripts for the second and third installment of RoboCop. Though, the movies failed do well at the box-office, he still penned a few RoboCop comics and a screenplay. Another one of Miller’s most-read comic project is Sin City, a grim and violent crime drama.

Frank Miller is critically acclaimed for works including 300, Ronin, The Spirit, Daredevil: Born Again and The Dark Knight Returns. He also worked as a director in the film adaptation of The Spirit. He co-directed the movie Sin City with Robert Rodriguez.