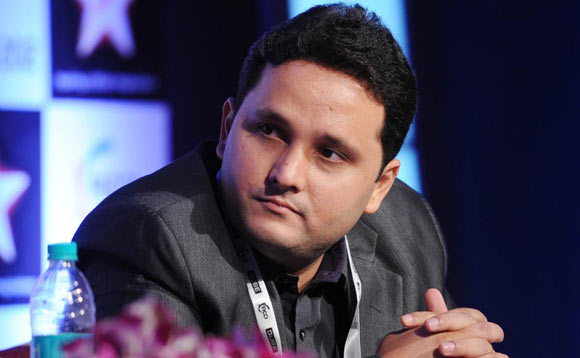 Amish Tripathi is a recognized contemporary Indian fiction writer best known for writing The Shiva Trilogy. His debut novel, Immortals of Meluha, made a record-breaking sell within a few weeks of its launch making him an internationally acclaimed Indian author.

Born on 18 October 1974 in Mumbai, India, Tripathi grew up in a religious household. His grandfather was a Pandit and a teacher at Banaras Hindu University. He belonged to a middle-class family, who encouraged the religious and worldly learning. Since a very early age he was a voracious reader. One of his favorite subjects was history. Belonging to a traditional bourgeois family, he had to make a career choice that would support his family in the long run. Although he had a keen interest in history and longed to be a historian, he did not follow his dream owing to the perpetual financial struggle that the profession would entail.

Upon graduation from St. Xavier’s College, Mumbai, in Science, Tripathi went on to study Business Administration. He received his MBA from Indian Institute of Management, Calcutta. For fourteen years he worked in the field of finance as marketing and product manager at multiple firms, including Standard Chartered, DBS Bank and IDBI Federal Life Insurance. According to the author himself, he never intentionally wanted to pursue a career in writing. Studying science and finance also inspired him to become a scientist or an industrialist. However, fate had something else planned for him.

His writing career began with a philosophical debate inspired by an interesting piece of knowledge he and his family discovered on a television show. They found out that there is a contradiction in the Indian and Persian religious myths as the Indian gods were considered devas and demons asuras. Whereas, the pre-Islamic Zoroastrian Persian myth had it reserved; ahuras were their gods and demons daivas. The clash of the concept of good and evil in these mythologies stimulated his interest to determine what exactly is evil. At the encouragement of his family, he put down the philosophical thesis on paper. Shortly, the thesis was transformed into an adventure story of a Hindu god Shiva. It took Tripathi nearly five years to finish the book.

His first novel, The Immortals of Meluha, was published in 2010. The re-imagination of the legend of Shiva is set in the land of Meluha. The story moves forward with the arrival of the protagonist, who helps the Meluhans against evil forces. Shiva’s journey teaches him a valuable lesson and shows him his destiny. The book received rave reviews from critics all over India and paved way for the sequels; The Secret of the Nagas and The Oath of the Vayuputras. The Shiva Trilogy became a huge commercial success acquiring the status of the most rapidly sold books in Indian history. The trilogy has been translated into 14 different languages. Moreover, Dharma production of Indian cinema has recently bought the film rights for The Immortals of Meluha.

The instant and enormous success of the book is also credited to Tripathi’s years of experience working in the marketing field. He claims that his ideal role model is the actor Aamir Khan, in terms of creativity and success. It is from him that Tripathi learned to invest all his creative energy in writing and once finished, he must switch to his marketing genius. He has been declared one of the top 100 celebrities in India and India’s New Icon. As to honor his contribution he was awarded Society Young Achievers Award for Literature.